We are honored by gifts given to the Lupus Research Foundation in memory of a wonderful husband, father, son and brother, Jim Cunningham.

James (Jim) G. Cunningham, III, age 58, passed away at his home in Berwyn, Pennsylvania on Saturday, May 29, 2021, with his loving family surrounding him. Jim was diagnosed with pancreatic cancer and died of the disease after a short but hard-fought battle. He never gave up hope of gaining more time with his family and friends and made all his remaining moments count. Even at the end of his life when speaking became difficult and words limited, he managed to say “I love you” to his wife and sons. “I love you” were his final words. 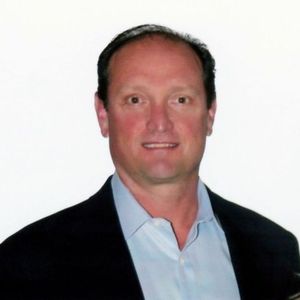 Born on December 22, 1962, in Syracuse, NY, to James G. and Marilyn Swanson Cunningham, Jim is survived by his loving wife, Doreen Patterson Cunningham and his devoted sons, James William Cunningham and Christopher Canon Cunningham. Predeceased by his beloved mother, Marilyn, Jim is also survived and cherished by his father, James G. Cunningham; his four siblings, Kathy Stepp (Gary), Jeanne Cunningham (Brian Duerr), Barbara Cunningham, and Carl Cunningham (Ania); his wife’s parents, Patricia and William Patterson; brother and sister in-law Bill and Barbara Patterson and many nieces and nephews on both sides of the family who adored their Uncle Jim. He also leaves behind the family’s two dogs, Eddie and Maddie.

Jim grew up in Mountain View, CA; Mountain Lakes, NJ; La Crosse,WI and eventually in Newtown Square, PA, where he went to Marple Newtown High School, graduating in 1981. Jim, a life-long Oakland Raiders fan, loved football and played quarterback in high school. He went on to study at Moravian College in Bethlehem, PA, where he also played football and rugby. His best college experience was that it was there he met his future wife, Doreen Patterson, and started a lifelong romance with the love of his life. Jim and Doreen were married in Old Tappan, NJ, on June 1, 1991. June 1, 2021 would have been their 30th wedding anniversary.

Jim spent his entire career in the transportation industry, following in the footsteps of his father and grandfather. He began in a sales role with two steamship lines, the first in Manhattan and the second in Philadelphia.

Jim eventually joined his father in the intermodal trucking business in a management role, but over time moved back to the sales role he loved, ending his career as Vice President of Sales for Mode Transportation. Many of Jim’s customers and colleagues came to visit him during his illness, a testament to his ability to create true and meaningful friendships with people in all parts of his life.

Jim’s overriding philosophy of life seemed to be “no matter what we’re doing, let’s make it fun.” He was always ready for the next adventure, taking the lead daily on packing in as many good experiences as possible and enjoying life’s capricious ride, bumps and all. Jim was someone who said “Yes” to life and enjoyed it in a way that not many people do. He was able to deflect and dismiss negative people and problems with a funny quip. Always optimistic, he was the person to whom his family and friends counted on to watch their backs, lift them up, help them out, and get them out of a bind. He was, and will continue to be, a rock and an anchor in the lives of his family and friends.

Jim was athletic and excelled in many sports, especially skiing and golf; he hit a hole-in-one on the 14th hole at Aronimink where he was a member. He especially enjoyed playing golf with his sons and shared many happy rounds of golf with them and his golfing buddies. In college, he played with the Bethlehem PA Rugby Club and participated in a round-the-world tour, playing rugby across Asia and ending in Rome, Italy. Jim and his dad were longtime members of the Catskill 3500 hiking club and together they climbed all 35 peaks. Jim was the youngest person at age 12 to achieve the winter 3500 hiking badge. Jim found true enjoyment in fishing, and he would spend time whenever he could on the water: lakes; rivers; streams; ocean, deep sea fishing or surf casting. He said that, if he were to have had another career, it would have been as a charter fishing boat captain. He loved fishing that much, especially when joined by his sons, Jimmy and Chris, who accompanied him on many fishing trips.

Jim loved family life, whether grilling in the backyard, throwing a football with his sons, enjoying the annual Patterson family gathering at the Outer Banks or summer vacations in Nantucket.

In some of his last words of guidance to his sons Jim and Chris, Jim said, “You have so many gifts in your life, so much to be grateful for and are so fortunate. Find a way to volunteer and help those who have less or are in need.” A quote by Pericles reads, “What you leave behind is not what is engraved in stone monuments, but what is woven into the lives of others.” Jim Cunningham’s legacy—his zest for life, his kind outreach to others, his warm demeanor—is “woven into the lives of others” and will continue to enrich the journeys of all who were fortunate to know him.

Relatives and friends are invited to attend a Visitation on Saturday, June 12th from 10:00 AM to 11:00 AM followed by a Celebration of Life service at St. David’s Episcopal Church at 11:00 AM

For those that wish to honor Jim’s memory, donations to the Lupus Research Foundation (https://letscurelupus.org) or Penn Environment (pennenvironment.org) would be appreciated.

Thank you to Jim and Jim’s family and friends for honoring his life and honoring us with these gifts made in his name. We are inspired by Jim and grateful for the lessons he has given.

Benefactors of the LRF in Honor of Jim:

Thank you, from the bottom of our hearts.